Treasury Auctions Set for This Week – Schedule – NYTimes.com: “The Treasury’s schedule of financing this week includes the regular weekly auction of new three- and six-month bills on Monday, and an auction of four-week bills on Tuesday.” 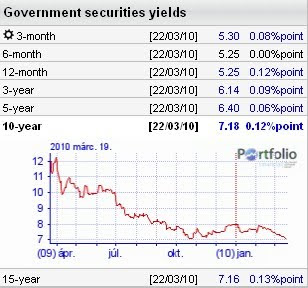 Hungarian forint has been robust during the seasons “so called crises” and their economy strength shows in the bond market.

投稿日: 2010/03/26 作成者: admin
Spreads between Greek bonds and German bunds tightened, as a relief reaction that a deal has been reached among EU nations.

Greek Bonds Advance After European Leaders Back Rescue Plan – BusinessWeek: “Greek bonds rose, with the two-year yield headed for its biggest weekly drop since March 5, after European Union leaders backed a framework to rescue the nation should it be unable to narrow the bloc’s biggest budget deficit.”

投稿日: 2010/03/25 作成者: admin
WTI oil future price is in a random walking at 80$ per a barrel at the moment.But if oil price is pressured upside momentum lead by strong demands from Asia,the price would be beyond 100$ with no wonder.So Who`s gonna survive?

Wallaces Farmer – FAPRI Says Economic Turnaround Will Fuel Crop Price Recovery: “The economic recovery will be accompanied by projected stronger energy prices. The FAPRI economists expect that the continuing recovery of crude oil prices along with bioenergy mandates will grow the demand and strengthen the world price of ethanol through 2019. Global net trade in ethanol is projected to increase by 3.12 billion gallons and reach 4.15 billion gallons by 2019.” 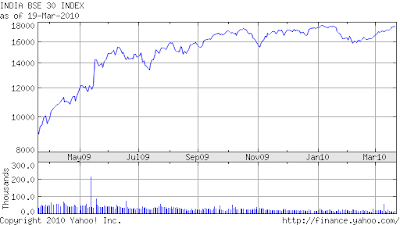 Reserve bank of Indian is in a rush to tighten.

In a move that surprised experts, the Reserve Bank of India (RBI) hiked short-term rates from record lows late Friday to battle near double-digit annual inflation amid fast-strengthening industrial output.

Expectations had been for a rate hike at the bank’s scheduled policy review on April 20 but the RBI said in a statement that inflation had ‘been a source of growing concern.’

The wholesale price index (WPI) in Asia’s third-largest economy was 9.89 percent in February, well above the central bank’s own estimate of 8.5 per cent by the end of the current financial year this month.

On Friday, the RBI raised the repo, the rate at which it lends to commercial banks, by 25 basis points to 5.0 per cent.”

投稿日: 2010/03/21 作成者: admin
Israel drugmakers are having a strong competitiveness in that sector. 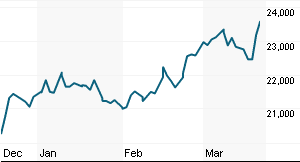 Argentine economy expanded or contracted in 2009? 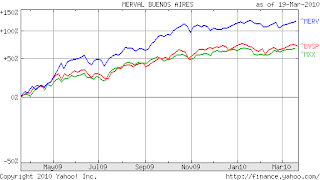 Guessing time: Argentine economy expanded or contracted in 2009? — MercoPress: “Argentina’s government expects the economy to grow 2.5% in 2010, according to its budget proposal. That compares to official forecasts of 6% growth in Brazil, Latin America’s largest economy and 3.9% in Mexico, the region’s second largest economy.
Argentina’s growth and industrial output data releases were accompanied on Friday by additional financial information from the government.
The primary budget surplus narrowed to 1.21 billion pesos (310 million USD) in February from 1.60 billion pesos reported in February 2009. Tax income growth has slowed as Argentina’s economy tries to pull out of the 2009 slowdown caused in part by the world financial crisis.
The government faces about 15 billion USD in debt payments this year as it seeks regulatory approval to reopen the country’s 2005 debt restructuring. Argentina hopes to re-enter the international capital markets once it restructures 20 billion in paper left over from the country’s 2001/2002 debt default.”